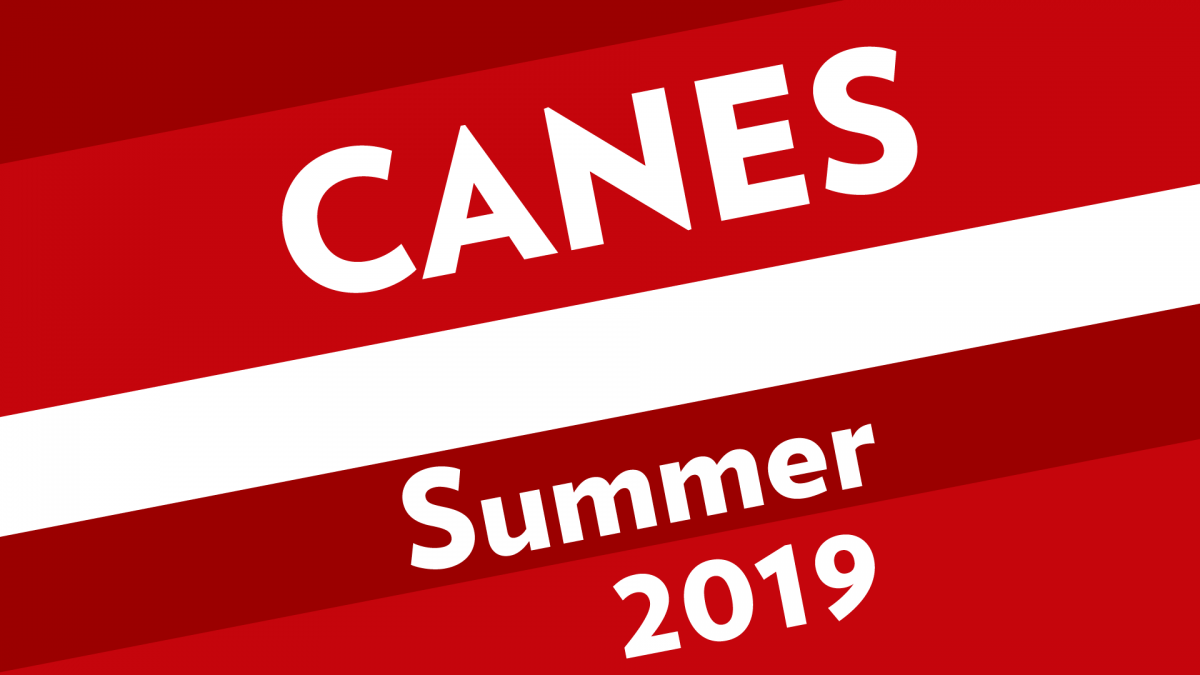 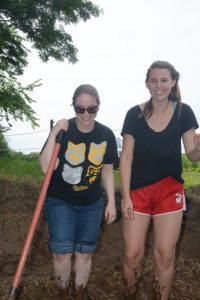 Classical Humanities and Classics, with an Archaeology certificate

I spent my summer between England, Madison, and my home in northwestern Wisconsin. My few weeks in England were spent hiking the rugged and gorgeous coast of Cornwall and Devon and visiting historic landmarks. I could spend a lifetime exploring the abandoned Cornish mines, stately Neoclassical homes, and the Iron Age hill forts like Maiden Castle.

After my trip, I enrolled in Ancient Technology and Invention, an anthropology course which spanned from the Stone Age to the Iron Age. During the class, I was able to make stone tools, learn to throw pottery on a kick-wheel, and forge an iron dagger. For my research project, I cast four bronze mirrors using ancient lost wax casting in order to replicate the ornate mirrors produced by the Etruscan civilization. It was such an instructive and enjoyable class!

Outside of class, I worked as an intern for the 2019 Classics Camp where I worked with amazing instructors and with energetic and incredible campers! The kids’ creativity was endless; seeing their artistic creations and listening to their ideas on the study of classics was not only entertaining but also enlightening. In addition to the camp, I am fortunate enough to work as an intern in the Museum Archaeology Program at the State Historical Society where I have already learned so much and can’t wait to continue learning about curation work within archaeology.

I hope to spend the last couple weeks of summer relaxing at home with family before coming back for another fun-filled semester! 😊 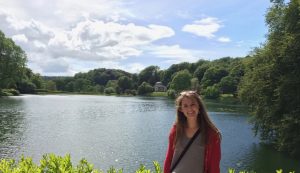 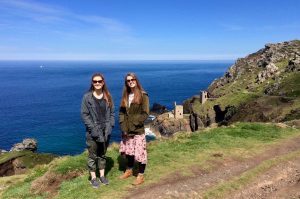 Anthropology and History, with Classical Studies, Archaeology, and Leadership certificates

Having been born and raised in Madison, I spent the summer at home. I worked as the Head Guard at Shorewood Hills Pool, meaning I lifeguarded as well as being an assistant manager. I also was a swim coach for the Shorewood Swim Team, coaching children from ages 5-8. Furthermore, I took History 306: The US Since 1945 online through UW-Madison’s History Department.

As an assistant manager, I learned more about leadership, especially how to work and lead people who are both older and younger than me. It gave me insight into the management aspect of running a business, such as interacting with patrons, problem solving, and employee accountability. I connect this experience with my leadership certificate, for it is a leadership position that let me apply the skills I learned through the Student Leadership Program run within the Center for Leadership and Involvement on campus. 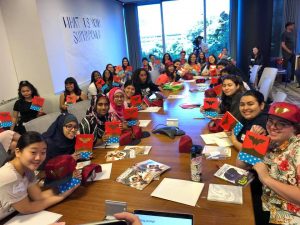 In addition to spending my summer at home in Monrovia, California, I spent part of May in Texas and Oregon, part of June in Missouri, and part of July in Mexico visiting family, and will be spending a little of August in Sacramento.

My little sister and I spent all summer catching Pokémon on Pokémon Go and eating ice cream, and I had a lot of movie days and sleepovers with my friends. I went to my cousin’s graduation, I went to Pride, to museums, to Six Flags, and the beach. In Mexico, I spent my time swimming and walking around Guadalajara with all my cousins, and my cousin Danae spent the week following our trip to Mexico with us in California. I also got to go to the DC Comics office in California and meet and work with the writers!!

As a whole, this summer taught me that a few bumps in the road aren’t forever, and that good things will follow; I also learned how to divide my time better between the important parts of my life instead simply devoting it all to one thing. More specifically, at the DC office I learned how to format and create graphic novels and comics, which was pretty cool, but more importantly, that the story is never finished. And walking around all summer trying to catch Pokemon reminded me of how much I missed going out and exercising and exploring. Finally, taking part in the planning for my family’s trip to Mexico that is now going to become an annual family reunion taught me that it doesn’t take much to create something that will last forever.

The broader lessons I learned this summer I feel are more relatable to life in general rather than my specific major or certificate; however, going to DC Comics definitely connects well with my fields of study. The discussions and tips on writing and brainstorming ideas relates closely to my English major, and hearing from writers about how they got to where they are was really fascinating and motivating; meanwhile, the ability to draw inspiration from history or mythology or previous stories, or the ability to retell a story in a new and interesting way is aided by my knowledge of Classics and European studies. 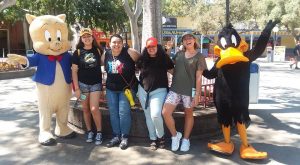 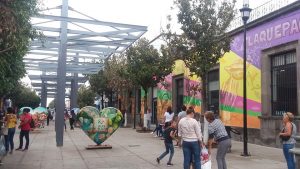 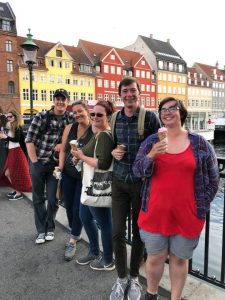 Anthropology and History, with Classics and Archaeology certificates

I spent my summer in a couple very different places. First at my parents’ near La Crosse, WI for a couple weeks, then back to Madison to work for a month, and then off to an archaeology field school in Denmark. I came back after five weeks overseas and went back to work for August, with ten days backpacking in the Bighorn Mountains in between.

My field school was through the Institute for Field Research, and run by the Bornholms Museum on the island of Bornholm in the Baltic Sea, closer to Sweden, Germany, and Poland than it is to the rest of Denmark. We were excavating the Middle Neolithic layer of a site called Vasagård (pronounced vay-suh-gore), which included a system of ditches called a causewayed enclosure. The ten students were from across North America (and Ireland)—we had a fantastic time and learned a lot from our amazing instructors from the Museum. After field school, I was lucky enough to travel to Copenhagen, Oslo, and Stockholm with the friends I made there. Back in Madison, I worked on campus for African Cultural Studies, CANES, and the Center for Ag Safety and Health doing web and graphic design.

I learned a lot about how archaeology is done in the field, especially in the expanding areas of GIS (geographic information systems). I learned that bones are really hard to excavate if they aren’t well preserved due to their tendency to break into a million pieces, that stratigraphy can be very difficult to read, and that the Danes really like their coffee and cake (kaffe and kage in Danish). Above all I learned how to meet new people in a setting with so many different backgrounds, and how to physically do archaeology, because the real methods used aren’t taught nearly as much as they should be. 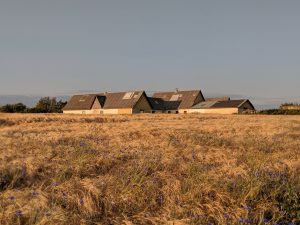 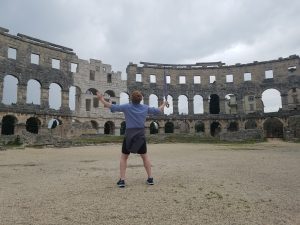 I studied abroad in Rovinj, Croatia with Professor Tomislav Longinović (A psychologist who uses the history of Vampire Lore to explain the people of the Balkans). We saw deserted towns erased by plague—there were still bones! We saw the Colosseum at Pula as well as other classic based sites. We saw the Dance fresco in the church of Beram which serves as a more modern take on a memento mori.

I returned to Austin and started working at a Tech Startup called Olono that deals AI driven software for CRMs (. I hired a web developer to begin working on a website/business idea I’ve had for awhile. The developer is a close friend I met at UW–Madison. I went to Seattle and got an Ichiro Mariners Jersey while sipping the most refreshing Starbucks Nitro cold brew in the country. 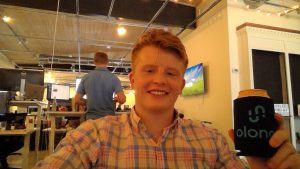 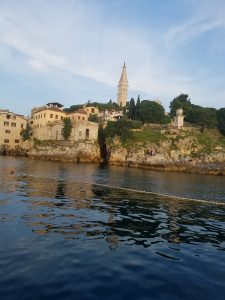 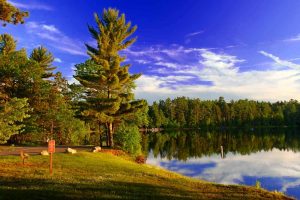 I spent the summer in Madison working and writing. At the Languages table at the SOAR Resource Fair, I encouraged incoming students to study languages while at UW–Madison. I also worked as the office assistant for the History of Cartography Project, a position that will continue through the coming year. Finally, I continued to make progress on my dissertation. In between all of that, I enjoyed several camping adventures and trips up north.

I actually spent my summer in winter, in my home country, Brazil, working (down to the last minute!) and packing my bags. I had a great time with my students, friends and family. In the last days before coming to Madison I had fun in Chicago and its amazing Art Institute. I also started an intense research on the best milkshake & donut (in progress). 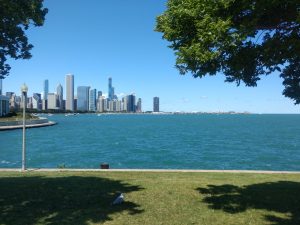 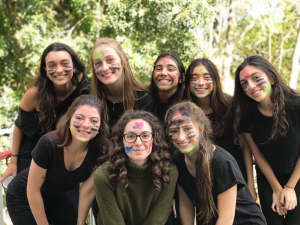 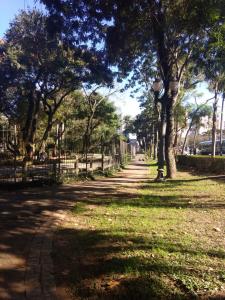 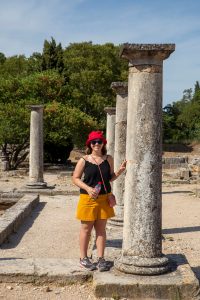 This summer I spent two months in the south of France studying French and visiting ancient ruins. I’m pictured here at Glanum, an ancient city near Saint-Rémy-de-Provence. I learned a great deal of French and enjoyed the almost tropical climate of the Riviera! 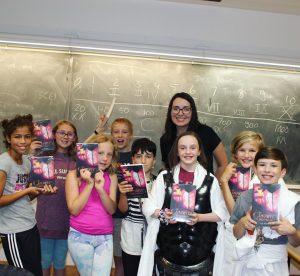 I ran the second annual Classics Camp over the summer. We had guest speakers, a trip to the Chazen Museum and the Textile Collection in Nancy Nicholas Hall, and Latin lessons with Vanessa Schmitz-Siebert. We even received a donation of YA books from Stories Untold Press and author D. E. Night! It was an amazing and fun opportunity. 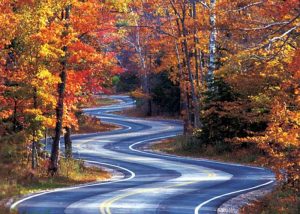 Amie spent most of the summer in sunny Madison studying for preliminary exams and working at UW’s Center for Jewish Studies as their new Outreach Assistant, both of which she looks forward to continuing in the fall. In what time she could squander away for vacationing, she took a trip to Minnesota to visit family, a trip out west to visit friends, and a camping trip to lovely Door County.