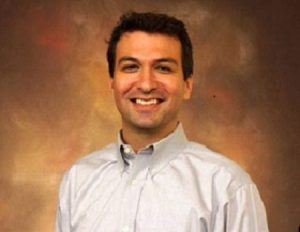 After graduating Matt taught Latin at The Galloway School in Atlanta, GA. He thought he would be there for just one year but ended up staying for seven years! He says he loved every minute of it.

Besides teaching Latin, he got involved in a number of other activities. He coached the mock trial team as well as the golf team. He worked on obtaining federal Title II/IV grants for teachers. He led student retreats, trips abroad, advisory groups, SEED groups, excursions, and even directed traffic in the parking lot. He says working in a high school setting opened the door to many different opportunities.

At some point he realized that he wanted to help students in ways that he just wasn’t equipped to handle. He wanted to do more of what he had grown to love outside the classroom. In 2018 he went back to school at Wake Forest University and obtained a Master’s in Counseling. He completed his coursework and his finished his internship during the pandemic. He will be licensed in the State of Georgia in 2021 and working as a mental health therapist at The Berman Center and starting his own private practice.

Matt remains grateful for his time at UW-Madison and looks forward to integrating Classics and Counseling in new and exciting ways.