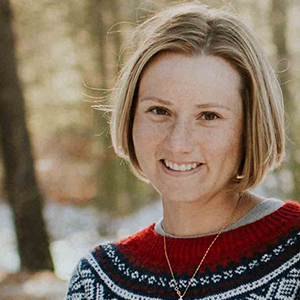 I finished my Ph.D. in Classical Archaeology at Harvard in May 2016, completed a two-year position in the Department of Art History at Rice University in Houston, and was then lecturer in the Department of Classics at San Francisco State University, where I taught courses on various topics related to ancient art and archaeology and continued my own research. I am now a Project Editor in the Publications Office of the American School of Classical Studies at Athens, based in Princeton, NJ. I oversee various aspects of the process of producing books, primarily large volumes that present the results of archaeological excavations in Greece. My experience working on archaeological publication projects with Professor Aylward during my time at UW was hugely useful in preparing me for this position, as was the more recent experience of having my own book published by the UW Press.

Reset in Stone: Memory and Reuse in Ancient Athens.

I came to Classics slowly and rather circuitously… I first became interested in learning Latin while in high school, because of my reading on the American founding fathers, particularly John Adams, and their struggles with and enjoyment of the language. When I got to UW I was a bit tired of studying German, which I had taken since junior high, and when I saw that Latin was available I jumped at the chance to finally study this language I had been enchanted with from afar. For the first few semesters I kept taking Latin “just for fun,” until I decided that I loved it so much I might as well add it as major. Then I learned that if I were to want to continue in the field beyond my undergraduate degree, I would need to know ancient Greek too, and that that combination of Latin and Greek was called “Classics.” So I began Greek as soon as I could, and loved that too. I was really hooked once I started filling my schedule with classes on ancient culture (Ancient Mediterranean History, Greek and Roman Art and Archaeology, Religions of the Ancient Mediterranean, etc.), and I’ve been studying Classics ever since!

Directly! During my junior year I participated in the UW’s semester abroad program in Florence, and became interested in the archaeological and material culture aspects of Classical Studies. Traveling around Italy and seeing all sorts of archaeological sites and museums and objects was really eye-opening, and made all the ancient literature and history I had been reading in the classroom come alive in a new and exciting way. I decided I wanted to pursue graduate study in this direction. Thanks to my very strong preparation in Greek and Latin through the Classics major, I was accepted into the Ph.D. program in Classical Archaeology in the Department of the Classics at Harvard.

During the course of my Ph.D. I participated in field projects in Turkey, Italy, and Greece, and even got to spend two years living, traveling, and researching in Greece. After the Ph.D. I was a postdoctoral fellow at Rice University in Houston, where I taught Greek art history and archaeology courses. I’m now teaching Classics in the San Francisco Bay Area and finishing up a book on the reuse (or “upcycling”) of marble in ancient Athens, which will be published by the University of Wisconsin Press.

In terms of classes, what stands out in my memory is the many “a-ha!” moments I would have in my non-Classics classes, where I made some connection with a bit of knowledge or history that I knew from my Classics classes, and that helped me understand whatever we were talking about in that non-Classics class in a deeper way or from a different perspective. This could be anything from discussing Thucydides’ Melian Dialogue in my international relations course, to grasping Italian vocabulary more readily because of my knowledge of Latin. To me, this sort of connection-making is at the core of a liberal arts education, and shows how important and valuable the Humanities, and Classical Studies in particular, are to such an education.

The other thing I really loved about majoring in Classics was the real sense of community within the department, and the fact that it was smaller and more intimate than the other departments I had the most contact with (History and Political Science). At such a huge university, it was great to feel at home in a smaller community. I took courses with every single professor in the department and always felt that each one really cared about students’ success and well-being.

The last highlight I’ll mention is my senior honors thesis project. I researched and wrote about John Adams’ engagement with the Classics and his use of Latin and Greek in his own writings. It was a really fun project, and I’ve always thought that it was pretty cool that I got to come full circle in a sense by finishing my degree with a project studying the very person and writings that inspired me to want to learn Latin in the first place!