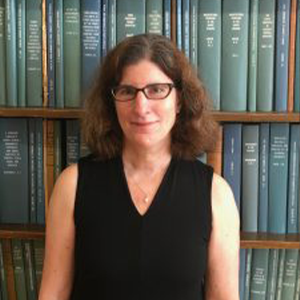 Patricia A. Rosenmeyer (BA Harvard 1980; MA King’s College, Cambridge 1982; PhD Princeton 1987) is Professor Emerita of Classics in the Department of Classical and Ancient Near Eastern Studies at the University of Wisconsin-Madison. She came to Madison in 1997 after teaching previously at Michigan and Yale, and retired early in 2017 to become the George L. Paddison Professor of Classics at the University of North Carolina at Chapel Hill. Her areas of specialization are Ancient Greek poetry, epistolary narratives, imperial Greek literature, and reception studies. She is a past recipient of ACLS, NEH, and Loeb Library Foundation awards. Her main publications include The Poetics of Imitation: Anacreon and the anacreontic tradition (Cambridge 1992); Ancient Epistolary Fictions: the Letter in Greek Literature (Cambridge 2001); Ancient Greek Literary Letters: Selections in Translation (Routledge 2006); Epistolary Narratives in Ancient Greek Literature (Brill 2013; and The Language of Ruins: Greek and Latin Inscriptions of the Memnon Colossus (Oxford 2018).