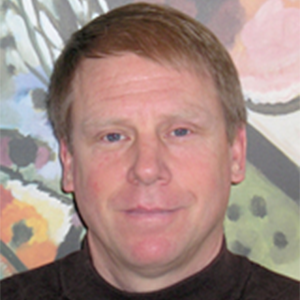 Mike joined CANES in 2015 when he transferred from the Department of Theatre and Drama. For the graduate program in ITS, he teaches courses in dramatic literature (primarily British, American, and Continental), dramatic criticism, and theatre and performance theory ranging from Shakespeare to the European avant-garde and postdramatic theatre. His CANES teaching will include offerings in the Classical Humanities track such as “Literature and the Arts, Renaissance to Remix” and “Theatre and Science, Classical to Contemporary,” among others.

Mike is an affiliate faculty member in several areas (Integrated Liberal Studies; Visual Cultures; Celtic Studies; Center for European Studies) and an active contributor to International Studies and the UW Study Abroad program, having developed and taught in programs in London, Dublin and Florence.

He is author of Performing Drama/Dramatizing Performance: Alternative Theater and the Dramatic Text (U Michigan); Elmer Rice: A Research and Production Sourcebook (Greenwood); and Decades of American Playwriting: The 1970s (Methuen, 2017) as well as essays on theatre pedagogy, dramatic literature, and performance theory. He is currently at work on a history of experimental American theatre companies post-1970 for Methuen.

Current research interests also focus on interdisciplinary studies of theatre and science, a field in which he has published extensively. He is collecting these essays for a volume devoted to theatre and science and tentatively entitled “‘Congregations Rich with Entropy’: Performance and the Emergence of Complexity.”