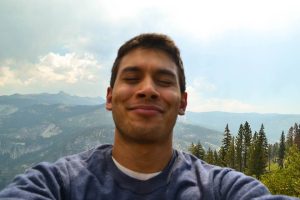 I graduated from CANES in 2017, after mostly focusing on Latin language and having taken some very interesting courses on religion (with Jeff Beneker), revenge (with Nandini Pandey), and gender (with Alex Dressler). I always felt that my classics professors were among the most encouraging professors I had. In particular, Alex Dressler taught my course on Latin prose and very generously let me work on sections of Caesar in addition to the usual course material. When I took my classics seminar with Prof. McKeown, he let me compose some suasoriae of Titus Labienus and Marcus Antonius at the Rubicon, probably one of the more fun exercises I had the opportunity to do during my undergraduate.

How did your Classical Humanities major impact what you did after college, and are doing now?

I continued to study with Marc Kleijwegt in the history department for two years after finishing my undergraduate. We were particularly interested in Caesar’s youth, the flamen Dialis, the writings of Sisenna, and catalogs of the Sullan proscriptions. In 2020-21, I read for an MSt in Greek and Roman History from Oxford University and earned a distinction for my dissertation on ‘Caesarian Narrative’ and the construction of Caesar-biography. I was (and still am) very interested in how a subtle, highly political dialogue emerged within the Roman political community – especially among those we might consider ‘Caesarians’ – in how they spoke about Julius Caesar, how this dialogue spanned many different literary forms, and how it was reflected in later Latin / Greek literature.