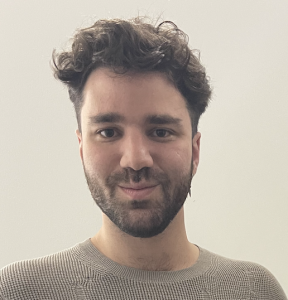 Will Bernstein is a Classicist, Linguist, 3D Digital Engineer, and a Historical Preservationist of the Arts. As the Co-Founder of MXD WRLD, Will & fellow Co-Founder El Hadj Dieng were able to aid in the collection of over 65 pieces of NYC’s 2020 socially and historically significant Public Protest Artworks that would have otherwise been destroyed. In addition, Will & MXD WRLD were able to 3D Scan over 250 pieces of NYC Protest Public Artworks, where Will created a Virtual Corona Art Gallery where these pieces will live on indefinitely, allowing anyone throughout the world with internet access to freely engage with these historic pieces in order to bear witness to the events of 2020. As a Classicist, Will not only tutors Latin to NYC students, but also 3D scans and builds virtual galleries for antiquities such as Egyptian Hieroglyphs, Ancient Greek Helmets, Ancient Mesopotamian Arms, and more. Throughout his endeavors in Historical Arts Preservation, Will aims to open up accessibility to culturally and historically significant pieces that would otherwise be destroyed or hidden from the general public.

What motivated you to study Classics in college, and what were your highlights from UW?

I have always had a deep love for anything of cultural and historical significance. From a very early age, I began collecting and re-selling coins, working my way from old pennies to Silver Dollars, and eventually to coinage from Ancient Greece, Rome, and Persia. As numismatics led to my first introduction to the Ancient World, I immediately became fascinated by Ancient Language, Culture, Art, & Religion. Holding a true piece of history in my hand had an everlasting effect on me, which ignited a profound passion that drove me to pursue my studies in Classics, and eventually, a career in Historical Preservation. Having studied Latin in High School, I gained a strong understanding of syntax, etymology, and rhetorical devices. It wasn’t until I entered the University of Wisconsin’s Classics Program, however, that I was able to broaden my understanding of not only Latin, but also the Ancient World, the mysteries behind it, and the impact Ancient Linguistics, Culture, Art, & Religion have on today’s world. I was absolutely dazzled by Dr. Alice Mandell’s teachings on Etymology and Comparative Mythology, which completely changed the way I saw both Ancient and Modern Day Religion. In studying Latin, Dr. Alex Dressler always provided a fun and engaging environment, where we were always encouraged to question and analyze the significance of Latin’s highly-inflected nature as a language, from anastrophe to diction and so much more, always delving deeper and deeper into the text! Professor McKeown’s class on Ancient Warfare battle strategy was absolutely fascinating and highly detailed. Teachers like Dr. Mandell, Dr. Dressler, and Professor McKoewn did wonders in preparing my knowledge of Ancient Religion, Culture, Literature, Warfare, and Art that I currently utilize in MXD WRLD’s endeavors in Antiquities Preservation, and for that I am extremely grateful!