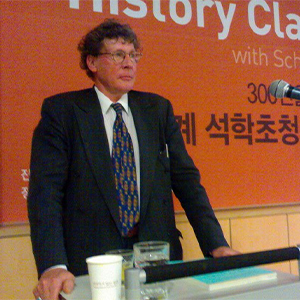 Barry B. Powell is the Halls-Bascom Professor of Classics Emeritus at the University of Wisconsin-Madison, where he taught for thirty-four years. His Composition by Theme in “The Odyssey” Beiträge zur Klassischen Philologie, 1977, is a technical study of patterns of composition. He is the author of the widely used textbook Classical Myth (8th edition, 2014). His A Short Introduction to Classical Myth (2001, translated into German) is a summary study of the topic. Homer and the Origin of the Greek Alphabet (1991) advances the thesis that a single man invented the Greek alphabet expressly in order to record the poems of Homer. Writing and the Origins of Greek Literature (2003), develops the consequence of this thesis. His critical study Homer (2nd edition, 2004, translated into Italian), is widely read as an introduction for philologists, historians, and students of literature. A New Companion to Homer (1997, with Ian Morris, translated into modern Greek), is a comprehensive review of modern scholarship on Homer. His The Greeks: History, Culture, Society (2nd edition, 2009, with Ian Morris, translated into Chinese) is a complete review, widely used in college courses. His Writing: Theory and History of the Technology of Civilization (2009, translated into Arabic) attempts to create a scientific terminology and taxonomy for the study of writing. He has translated the Iliad, the Odyssey, and the Aeneid for Oxford University Press. He has published a translation of the poems of Hesiod. He has contributed to classical journals. He has also written short fiction (The House of Odysseus and Other Short Fictions), novels (Ramses in Nighttown, A Land of Slaves, The Berkeley Plan, Return to California), poetry (Rooms Containing Falcons), and a screenplay (Helen of Troy).