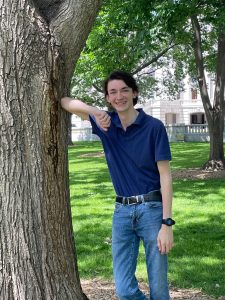 Gabriel received his BA in Classics and Philosophy from Christendom College. His research interests include the connection between Philosophy, Theology, and Religious practice in the Ancient Greek and early Christian texts, especially in Plato. When not working on Classics, Gabriel can often be found playing chess, enjoying the outdoors, or investing many hours in trying to be the best Teamfight Tactics player in the world.