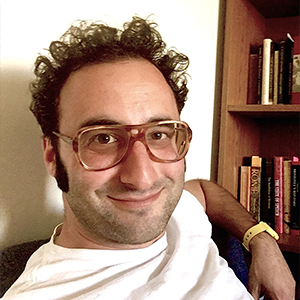 Alex Dressler is committed to the Greek and Roman classics as an evolving canon of texts and methods rooted in the European tradition but aimed at redefining the modern reader’s practical sense of art and life, past and present, and politics and personal flourishing. Focusing on the Roman world, publications include articles on feminism and the ancient novel, exemplarity and ancient rhetoric, deconstruction and the sociology of literature, tragedy and psychoanalysis, and comedy and ancient aesthetic theory. His book on the intersection of philosophy and literature and the gendering of personhood in Lucretius, Cicero, and Seneca is entitled Personification and the Feminine in Roman Philosophy and was published by Cambridge University Press in August of 2016. In addition to Greek and Latin in all genres for students at all levels, Alex’s teaching reflects his wider concerns and includes courses on the subjects of art and ethics in Greece and Rome, the history of the self in antiquity and modernity, sex and power in the ancient world, and ancient literary criticism.  Current topics of research include the influence of Sappho on the late antique Christian quasi-monk Paulinus of Nola, the monetization of philosophical quotations in Seneca the Younger, and the concept of “critical aesthetics” in Foucault, Adorno, and the Roman poet Horace.