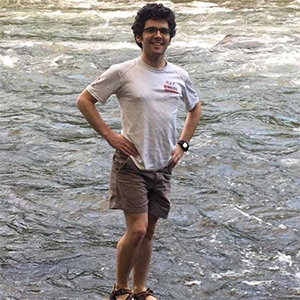 Born and raised near Muscle Shoals, Alabama and thereafter migrating to East Tennessee, Patrick received his BS in Biblical Studies at Johnson University (2012), he received his MA in Hebrew Bible at Emmanuel School of Religion (2016) with cooperative study at East Tennessee State University in Classical Languages (2015-2016), and he began his studies at UW in the Fall of 2017. His research interests include the intersection of historiography of the ancient Near East and the Greco-Roman period, Textual Criticism of the Hebrew Bible (primarily by means of the LXX, Vulgate, Vetus Latina, and Josephus), and various forms of Literary Criticism of the Post-Structuralist variety. In his spare time, he enjoys playing electric blues guitar, fishing, and a nice smoke of Sugar Mt. tobacco from his pipe.