Credentials: Roman Catholic Seminarian for the Diocese of Madison 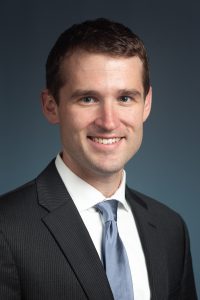 I am currently a Roman Catholic Seminarian for the Diocese of Madison. I am, God willing, studying to become a Catholic priest. We refer to this process as “formation,” and I have been in formation for approximately 18 months.

I had a number of jobs after I graduated from college. I worked as an environmental educator for a year, and as a software tester at Epic for two years. Although I think my education in Classics contributed to my success in those areas, I think that what I am doing right now is the most closely related to my skills in Greek and Latin.

WHAT MOTIVATED YOU TO STUDY CLASSICS IN COLLEGE?
I came into Classics from two directions. On the one hand, I wanted to learn Greek and Latin because they are important languages for the study of early Christian texts. On the other hand, I studied English literature in my early years of College, and most of my favorite works (such as Shakespeare’s Julius Caesar or Milton’s Paradise Lost) were heavily indebted to themes and concepts that the authors had encountered in their Classical education.

HOW DID YOUR CLASSICAL HUMANITIES MAJOR IMPACT WHAT YOU DID AFTER COLLEGE, AND ARE DOING NOW?
I am very grateful for my education. It is probably the best possible preparation for seminary study. My skills in the ancient languages are invaluable: The New Testament was composed in a dialect of Ancient Greek, and the official language of the Catholic Church is still Latin. In addition, seminary students are obliged to study secular philosophy for two years before they begin theological study. Although I didn’t have very much formal philosophical education in college, the curriculum at seminary is particularly indebted to the work of Plato and Aristotle, and it has been very beneficial for me to already have some knowledge of their culture, language, and thought.

In addition, already possessing competence in Classical languages has allowed me to pursue additional opportunities. Seminarians are required to study Latin for two semesters: since I have fulfilled this requirement, I was able to begin learning Aramaic (In its eastern Syriac dialect) this fall, which is another beautiful ancient language. In the future, I would love to pursue additional research comparing the Greek and Syriac New Testament manuscripts, which I don’t think would be possible without the linguistic and scholastic training I received from UW-Madison.

WHAT DO YOU REMEMBER ABOUT YOUR MAJOR OR CLASSES IN CLASSICS? WHAT WERE THE HIGHLIGHTS?
I loved all of my classes. I have fond memories of Greek prose composition with Prof. Brockliss, my capstone seminar with Prof. McKeown, and of course first semester Greek with Prof. Beneker. Of all of the classes, though, I think that Medieval Latin with Prof. Pandey has the most direct relevance for my current study: that course was an invaluable primer for transitioning from the study of Classical to Ecclesial Latin.

More important than the content of the courses, however, was the encouragement and support of the faculty. All of the faculty in the department have a genuine passion for their study and desire to share it with their students, but I must mention in particular the guidance of Prof. Nelsestuen, who in addition to serving as an instructor for courses in Cicero and Satire was also my undergraduate advisor, and Prof. Rosenmeyer, who was my undergraduate thesis advisor.