What makes some people seem admirable to others? How is moral value attributed to people and actions? How does a community identify inspirational individuals as moral exemplars to be celebrated, commemorated and emulated? And when and how can their significance be recalibrated, can exempla be “unmade”? Building on the comprehensive moral theory termed “exemplarism” by philosopher Linda Zagzebski in Exemplarist Moral Theory (OUP 2017), Langlands explains how the study of ancient cultures might help us to identify and resolve shortcomings in modern exemplarist theory, including its inattention to gender, class, and ethnicity, and to the broader problem that people can be admired for the wrong reasons.  Refining Zagzebski’s model as well as her own application of the model to antiquity, Exemplary Ethics in Ancient Rome (CUP 2018), Langlands refines our understanding of exemplarist theory and practice as it relates to our own lives today and offers a framework of moral exemplarism which is sensitive to cultural difference, social change, and contested value. 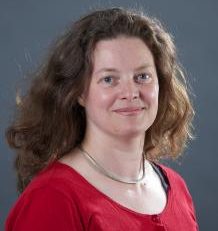 Rebecca Langlands is Professor of Classics at the University of Exeter, with particular interests in Latin literature and Roman culture, ethics and exemplarity, the history of sexuality and classical reception. She is the author of Sexual Morality in Ancient Rome (CUP 2006), Sex, Knowledge and Receptions of the Past (edited with Kate Fisher, OUP 2015), Exemplary Ethics in Ancient Rome (CUP 2018) and Literature and Culture in the Roman Empire, 96-235. Cross-Cultural Interactions (edited with Alice König and James Uden, 2020).

She is the co-director of the Sexual Knowledge Unit (with Jana Funke, Ina Linge and Kate Fisher), and also of the award-winning Sex and History project which works with museums, schools, charities and young people to promote empowering discussion of contemporary sexual issues.